COTI Expands Staking Opportunities With Launch Of Its COTI Treasury 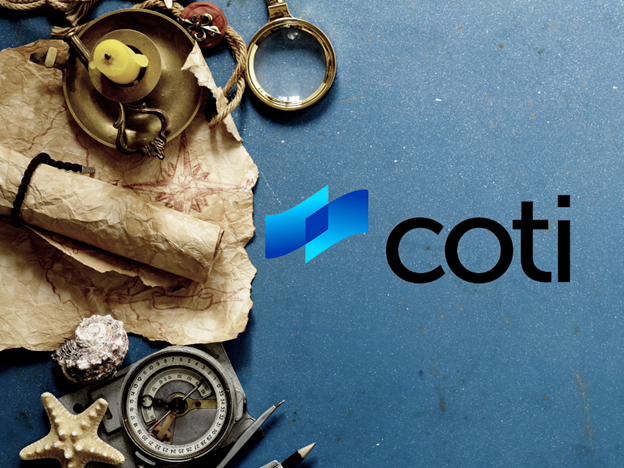 
The COTI Treasury is finally up and running, giving community members with an appetite for greater risk more options to capitalize on their ecosystem investments.

Described as an “algorithmic and decentralized $COTI pool”, the COTI Treasury will grow over time as it collects fees on all COTI ecosystem transactions, and users will have the opportunity to earn some of those rewards by staking their tokens in it.

While staking has previously been available with COTI it has up until now had fairly limited functionality. With the COTI Treasury, users can set their own risk tolerance and benefit from much higher APYs, so long as they’re willing to accept a higher possibility of their deposits being liquidated.

“The Treasury binds everything that we do at COTI into one coherent system,” said COTI Shahaf Bar Geffen. “Our commitment is to continue to grow the ecosystem in terms of services, volume, and partnerships to enable lucrative rewards for our users”.

The way it works is this: First, the user decides how much $COTI they’re willing to deposit into the Treasury (any amount) and the duration they want to lock up their coins for. Then, they select the multiplier, which has a direct impact on the APY they’ll earn. A 1X multiplier comes with the lowest risk and, consequently, lowest APY, while a 4X multiplier can offer an extremely generous APY of 80% or more, depending on other factors, though such a high potential reward comes with a high level of risk.

The value of the user’s deposit at the time it was staked and their multiplier, along with the current value of the deposit, will be used to calculate a constantly-changing “Health Score”. With a much higher APY comes a much greater possibility that this health score will fall to 1.0, meaning the deposit faces liquidation (meaning, the user loses it unless they add to their deposit to increase the score). However, so long as their health score remains above this threshold, they’ll continue earning rewards (which will be theirs even if the deposit is liquidated).

Any liquidated deposits will be returned to the Treasury and redistributed in the form of rewards between all active deposits.

For those who chose the lowest 1X multiplier, the Health Score is not applicable, meaning there’s no risk of losing their original deposit.

Once the initial lock period has expired, users can withdraw their original deposit or alternatively extend the lock period for an additional cycle. So if the original lock period was 30 days, they can lock their $COTI again for an additional 30 days and continue earning rewards. Whatever rewards participants earn are not locked, and can be withdrawn at any time. Whenever the original deposit is withdrawn, users will be charged a 0.5% fee, plus a 0.2% transaction fee. Deposits withdrawn before the lock period expires are subject to a further early withdrawal fee.

Users have further options available, including the ability to top up their deposits at any time.

COTI said the launch of the COTI Treasury marks a brand new era for the ecosystem and that more features are planned. These include a cross-chain fee mechanism that will ensure fees from COTI’s cross-chain products will be funneled into the Treasury.