Nakamoto Games Announces NAKA Galactic As Its Third Release of 2022 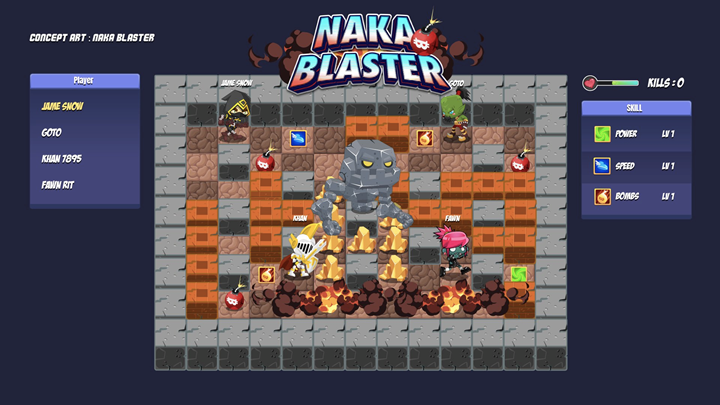 Play-to-earn games are seeing drastic improvements with the release of three new titles by Nakamoto Games. The developer already released the immersive NAKA Galactic, a space-themed action game, and Naka Blaster, its first multiplayer interactive shooting game that is currently its most popular title.

Nakamoto Games will follow their success with its first 3D game, Escape, in Q1 2022. It’s the most ambitious release to date with the inclusion of advanced computer graphics and fully-featured game mechanics and multiplayer features aside from the traditional play-to-earn in-game dynamics that have taken the gaming world by storm. Escape will be one of the first AAA games to be released in the Web3 gaming space.

Nakamoto Games CEO Tor shared the team’s excitement about the new releases: “Our team constantly strives to push hard and deliver high-quality games to our passionate user base. We are thrilled about the upcoming release of Escape and are proud of the release of Naka Galactic and Naka Blaster and we look forward to hearing from the community about these titles.”

​The team at Nakamoto Games is also enabling a fast-growing suite of Web3 games that provides players with gameplay experiences at the level of traditional titles. The release of new titles such as Naka Galactic, Naka Blaster, and Escape, as well as already successful ones like Duck Hunter, NAKA Runner, NAKA DUI, and Alien Apocalypse, are part of Nakamoto Games’ plan to build what it calls the NAKAVERSE.

The ambitious plan consists of a gaming ecosystem with its own economy powered by NAKA tokens. These will be used across games to purchase NFTs that represent digital land and game items as well as to have the ability to customize elements in the NAKAVERSE.

Nakamoto Games aims to become a solution that enables other game developers to thrive. It has chosen to build on the Polygon scaling solution for Ethereum to guarantee the scalability, security, and cost-effectiveness of these releases. In this way, Nakamoto Games seeks to provide independent game developers with the necessary infrastructure to build a gaming ecosystem that makes the most of Web3’s advantages. Eventually this will lead to a healthier industry with democratized earnings and improved monetization.