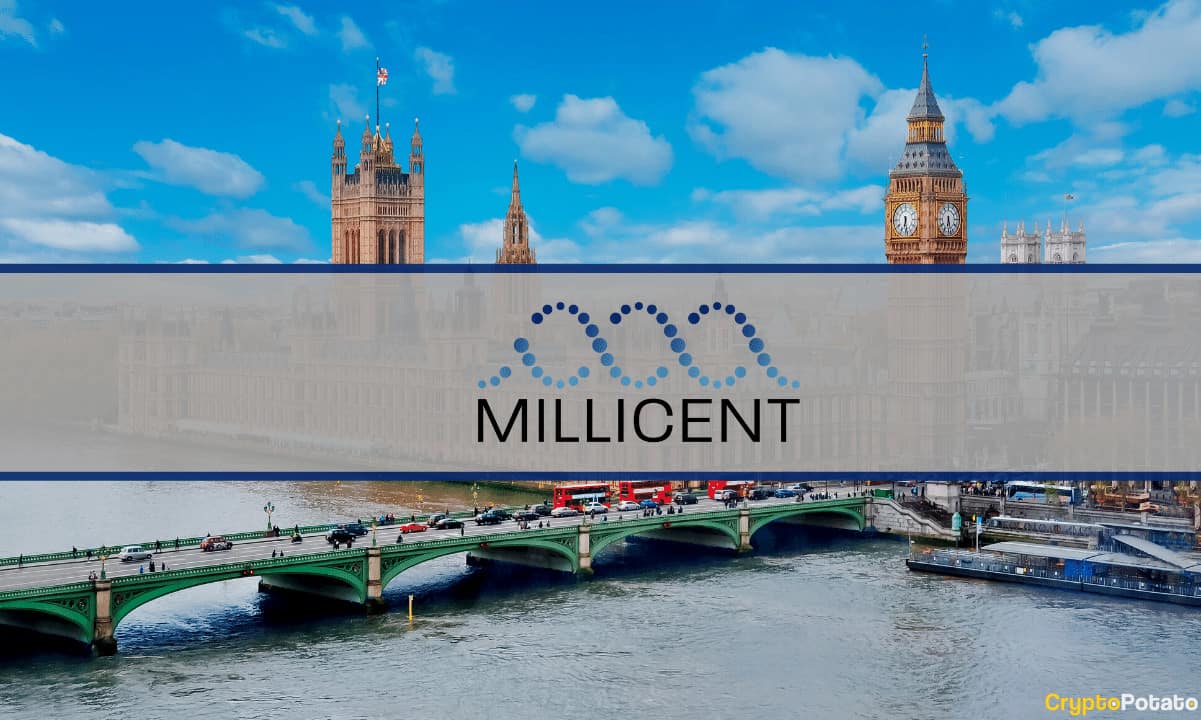 
UK-based blockchain company Millicent has received government funding in the form of a UK Research, and Innovation (UKRI) Innovate UK Smart Award. The project aims to assist in the nation’s strives to launch a central bank digital currency.

Based in London, England, Millicent is a blockchain-powered firm promising to rewrite “the code of global finance.” In the press release seen by CryptoPotato, the project described the grant as “the UK’s most competitive and prestigious” one, which should provide the company with resources to continue the development of its digital finance network.

The company said it had become the first stablecoin- and CBDC-oriented project that has received funding directly from the UK government. The timing of this grant is particularly intriguing, as central banks across the world continue to dabble with how to launch digital versions of their native fiat currencies.

The Bank of England has yet to confirm whether or not it will follow the trend, but funding a project that focuses on providing CBDC initiatives could be regarded as a step toward that direction.

Assessors from Innovate UK commented that Millicent could “change the way we bank and spend,” as its impact “could be very significant for the UK – financially, socially, and technically.”

Whether it’s bitcoin or another project coming from the cryptocurrency space, the goal for many has been to provide banking services to the nearly two billion people globally that don’t have such as of now.

Millicent promised to work in the same direction as well since its open-source framework should provide small to medium enterprises and individuals the necessary access.

“In today’s system, it’s usually the people with the least money who pay the most for financial services. Millicent is designed to level the playing field for everyone, creating an “Internet of Value” that is open and accessible to all.” – said company CEO Stella Dyer.