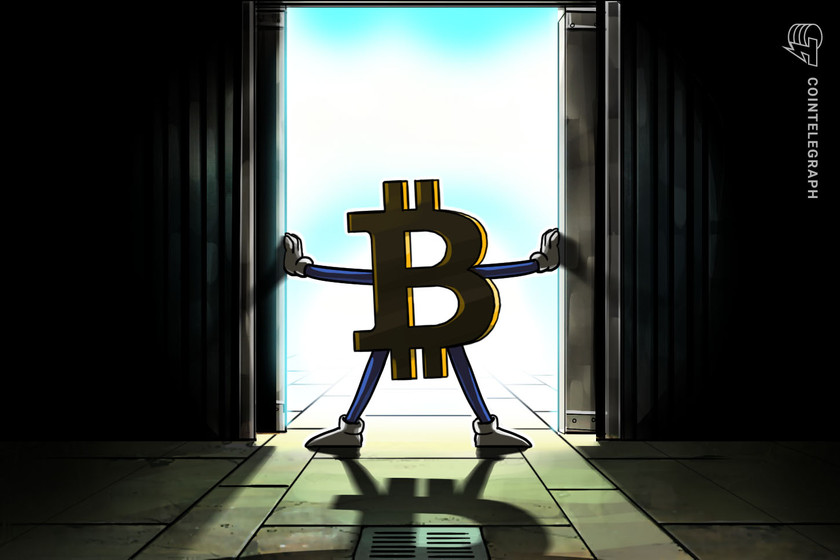 Internet Computer (ICP) and DFINITY founder Dominic Williams has conjured up an oddball plan to speed up the end of the Russian invasion of Ukraine via smart contracts and $250 million worth of crypto rewards.

DFINITY’s Internet Computer was launched in May 2021 and is a public blockchain and protocol that’s trying to decentralize the internet.

Williams’ March 16 proposal is focused on countering propaganda, and informing the Russian population — who he suggests are in general “completely ignorant” — on the reality of what is actually taking place in Ukraine, which will then, in turn, spur them on to pressure the government to stop the conflict.

“We should not hold out too much hope that sanctions alone will turn the Russian population against their leaders, for the simple reason that they control their media, which dutifully pumps out carefully-crafted propaganda and false information,” Williams wrote.

The proposal suggests that blockchain tech and smart contracts could serve as a way to get large numbers of verified Russian citizens to watch “informative media” concerning the war together in virtual reality parties dubbed “people parties”:

“Each attendee who proves personhood using the people party system is then identified to smart contracts as an individual human being. The system prevents cheating, such that on each run, a person is only able to attend exactly once.”

“In this proposal, smart contracts would open a new crypto account for each successful attendee, which they can access and control using an Internet Identity,” the post added.

To incentivize citizens, Williams proposes that crypto rewards in assets such as Bitcoin (BTC) and Ether (ETH) could be utilized. Each Russian citizen would be required to watch until the end of the video/s as pin numbers tied to their accounts would not be unlocked until all of the content is consumed.

“The streaming video will tell the truth about the war in Ukraine, and ask Russians to pressure their government into ceasing hostilities. How such a video is best constructed should be left to talented filmmakers. A non-watermarked version should be made available for download, allowing the recipient to show others the video,” Williams wrote.

The $250 million sum suggested by Willaims is based on his recommendation to pay each participant $50 per video watched, with the hope of attracting 5 million Russians to watch the informative videos.

The plan relies on many contingencies falling into place, with the most important being the internet staying online with no interference from the Russian government to facilitate such a grand plan. Responses on Twitter highlighted pointed out that Moscow officials are reportedly weighing up disconnecting the country from cyberspace.

“Moscow is prepared to disconnect the country from cyberspace. Though the authorities officially deny the initiative, leaked messages suggest that it will begin to roll out the strategy on the government’s websites this Friday”
I wonder how anyone will see the videos

Other Twitter users weren’t impressed with the idea such as “Omega.ic3” who slammed the move as a PR stunt:

“There is no way this idea would have any real chance to impact public opinion in Russia. Therefore it looks like a cheap PR shot, ultimately trying to profit off the situation by jumping on the bandwagon of popular opinion and increase visibility.”